Let’s talk about your child and how Kennolyn can partner with your family! 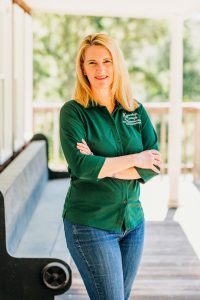 Pam Caldwell Nootbaar has spent most of her life at Kennolyn. Today, as our General Manager she oversees all of the camp and event operations on all three of our properties. She pays special attention to ensuring that our programs stay relevant in today’s world while remaining true to the vision of her grandparents, Uncle Max and Aunt Marion. Pam is a graduate of UC Berkeley and has an MBA from Georgetown. She lives in Menlo Park. 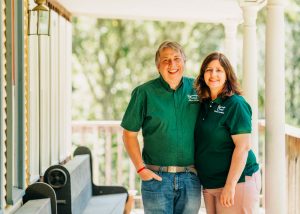 Andrew has been a part of Kennolyn since 1985. Like so many people before and since, he found Kennolyn to be a destination rather than a stop on a journey. In that first summer he met his future wife, Brenda, and Kennolyn became their summer home. In 1993, Andrew and Brenda moved to Kennolyn fulltime and over the next few years Andrew became the Director of all our camps. Andrew served two terms as President of the American Camp Association (ACA), Northern California and is the current president of the Western Association of Independent Camps. He also served on the Board of Directors of Pacific Collegiate School in Santa Cruz. Brenda has held many positions with Kennolyn. In the past several years Brenda has been our Food Service Manager. We’re grateful for her tireless efforts and the tasty food! They raised their three kids at Kennolyn and they all now work at Kennolyn too. 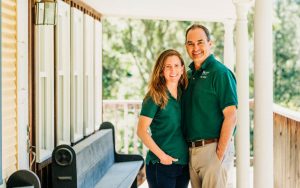 Lindsey and Dan met at Kennolyn as counselors and raise their family of 3 boys nearby in Capitola. Lindsey grew up going to Kennolyn every summer, then worked as a staff member for many years. Lindsey has worked as a graphic designer and now works year-round here in Camper Development. Her goal is to enhance every family’s experience in the same spirit that her grandparents Aunt Marion and Uncle Max did for so many thousands of campers! Dan has been with Kennolyn since 1993, is a former teacher, ran Huntington Lake Overnight Camp, and is excited to be back running Day Camp which he ran for many years. 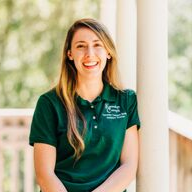 Samantha grew up at Kennolyn, starting in cabin Acacia in 1999. She has been on staff since the summer of 2011 in roles such as Ceramics Coordinator and Program Supervisor. Samantha graduated from the University of Redlands in 2015 with a degree in Psychology and a Multiple Subject Teaching Credential. She spent the next year traveling and working for Camp America in England. In the fall of 2016, Samantha joined the Kennolyn team full-time and was promoted to Assistant Director in 2018. She is married to Miles Bundy who she met at camp in 2012! Samantha loves carrying on the camp traditions that have been such a big part of her life. 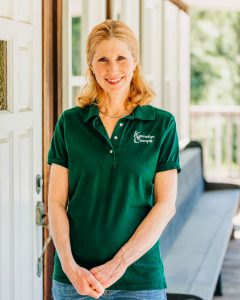 Judy has been registering campers and helping parents for three summers now. She is a wonderful addition to our camp family! We love her infectious positive attitude and her example of living a healthy lifestyle. When not in the office you can find Judy walking her dog Holly, at the local farmer’s market, or cooking something yummy at home. 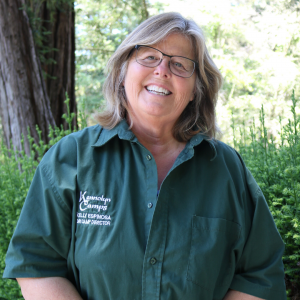 Kelly spent most of her career in San Jose, working at The Harker School.  She has worked as the Summer Programs Director, Preschool Administrator, Recreation Director, Dean of Students, PE teacher, and event planner for over 40 years. She is a happy, enthusiastic person by nature and a strong advocate for kindness and connection. Kelly worked as our Day Camp Director in 2020-2021 and retired this Fall. Her smile, smarts, and heart will be missed. Fortunately, she will continue in an advisory role to help Kennolyn remain an impactful place for kids.